The very mention of the S-word is enough to make most post modern women boil, conjuring up images of cavemen dragging their women into their caves by the hair.
Or dowdy little women slavishly waiting hand and foot on their loutish husbands.

Such is the bad press the word 'submission' has had over the years.
I have come to rescue it.
And even if this goes against everything you've held dear,
I dare you to read it with an open mind.

And if you happen to live in South Africa, even more so
As I heard only yesterday that our divorce figures are up to 66% !
Yes, 2/3 of marriages go under in sunny SA.
Obviously we need all the help can get.
So swallow hard and let's go - 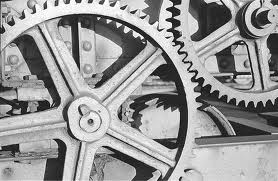 I'm going to share a scenario that I have seen play out time after time.
I have seen couples become almost strangers to one another because of it
And I have seen new life breathed into almost dead marriages when a life line is thrown out.
This lifeline is what I want to talk about. . . .

So starry-eyed lovers admire each other's strengths precisely because those are their own weak points.
And they make allowances for their partners weaknesses because they themselves do pretty well there.
As a team their gears mesh.
Together they present a strong front.
As long as this is so, the marriage steams along beautifully

But what about the time when suddenly, out of the blue, he gets mad about things she has always done, instead of thinking it's cute?
From her mislaying everything to forgetting where she had parked the car had always been a joke; fond smiles accompanying the tales of her muddle headedness.
Now suddenly, he fumes at her about it, a volcano of irritation
With a voice of ice, telling her even a child is more organised than she is.
What about when she, stung and hurt by his unexpected criticism, lashes back at him for being a control freak with not a spontaneous bone in his body? 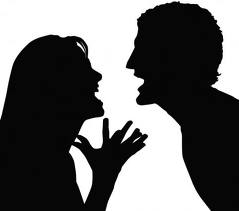 The gears crash and grate -
No longer do the little cogs fit into each other snugly and move the whole marriage machine forward
No; sparks fly, heat increases and the motor stalls.

If this pattern of losing admiration for their partner's strengths and criticising their weaknesses persists in a marriage, conflict will blossom and the marriage will eventually begin to show serious cracks.

thats when you pray for Grace!!!

I do believe that a cople that prays togethr stays together. And that most couples just does not try had enough

@ Anne - oh jaaaa!
Thats for sure.
But I'm also going somewhere specific with this that I have seen rescue marriages literally at deaths door.
@ cat - agreed hon!!

Gonna be interesting to see where you go with this.

My take on submission is something like this....
If the man forces his will on the woman, then that is subjugation...but if the the woman gifts the man his place, his role...then that is submission and it is actually a mutually beneficial place for the couple to be.

@ Wayne - you're right on the money.
I'm interested to see where I'm going with this too :-)

It would seem that we live in a disposable world these days. When something is broken, we throw it away rather than try fix it. The same can be said to marriages. We need to fix them, not throw them away.
Nice post :)