Jesus often used ordinary things to teach people deep truths.
Think "Behold the birds of the air . . .
and "Consider the lilies of the field . . .
We all understand things more easily through picture parallels.
In my previous post I spoke of  sight, "the bully": here it is sight, "the illuminator"
Hook a visual image to something and the lesson sticks.

Who would have thought there would be a parable in cell phone messaging!

It addresses something that has bothered me, and I imagine, every Christ follower over the ages:
we know that God has already given us everything in His Son: at the Cross everything was accomplished for us. And we, by believing, inherit what Christ did.
Everything.
We know that -
But we dont seem able to live out of that inheritance: not fully.

The church that should reflect the beauty and power of Christ is often not too similar.
We are puzzled and saddened by that.
And have to ask ourselves -
Why?
Why aren't we, His people, more like Him?
Its a good question I think . . .

Hence the parable of the phone.
Consider the cell phone
When I send a message by Whatsapp, a tick appears next to the words to tell me the message has been sent. 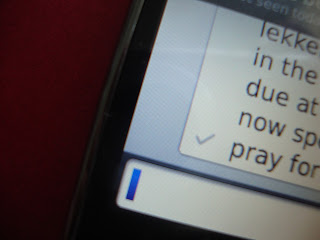 I can check my phone at any time and see "Ok, there is still just one tick so it hasnt been read"
As soon as the recipient opens it, a double tick appears on my phone, and I know the message has been received 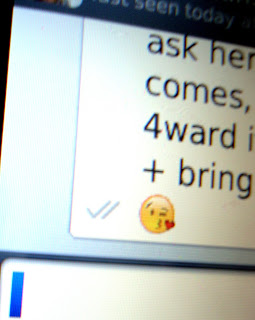 At the risk of labouring the point, here's another one: when I send a BBM (Blackberry message), a "D" appears next to the text. As long as that is there, I know that it hasn't been received yet 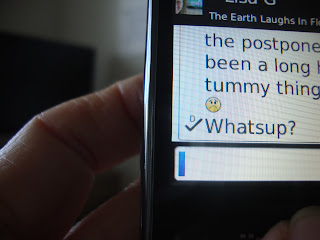 But - when its read, an "R" pops up to replace the "D" then I know my message has been received.
The content is known.
And can be acted upon. 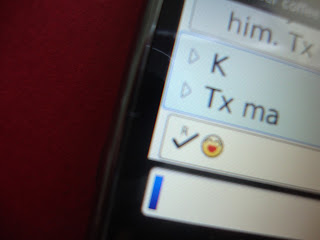 So maybe, with the provision of God in Christ.
A gift can be given, but unless it is taken, unwrapped and the contents appropriated by the recipient, it is as though the gift were never given.

Maybe we are still, in part, single tick people
Maybe what He has sent has not really been received yet, in the way it needs to be
Maybe there is a level of heart at which the double tick shows
When the content is known deeply; where it is 'unwrapped' and can be appropriated fully

When what has been sent, is received in a way that the D changes to an R
And we are are changed.

Really enjoyed reading this post. It's a great analogy! x

This is awesome! Believe and receive are two words which have been coming up a lot for me lately......all that He has/did is ours to receive, we just need to believe. So the question for me is: Where are you receiving your life from? Is it from the experts or is it from the Spirit which he freely blessed me with? To continue your cell phone analogy.....are we receiving from the Tree of Knowledge of Good and Evil or the Tree of Life?