This article came up on Facebook recently -
It's about identifying and understanding introversion.

I talk a lot, am not shy, love people but have these other, almost reclusive, tendencies alongside those traits.
Its confusing.
But as I read this article, and many 'AHA' moments later, I have much more clarity
And its nice to know that there are people, lots of them, who are the same odd mixture.

Anyway, jump in and see if you are one of them -

"Think you can spot an introvert in a crowd?
Think again.
Although the stereotypical introvert may be the one at the party who's hanging out alone by the food table fiddling with an iPhone, the "social butterfly" can just as easily have an introverted personality.
"Spotting the introvert can be harder than finding Waldo," Sophia Dembling, author of "The Introvert's Way: Living a Quiet Life in a Noisy World," tells The Huffington Post.
"A lot of introverts can pass as extroverts."
People are frequently unaware that they’re introverts -– especially if they’re not shy -- because they may not realize that being an introvert is about more than just cultivating time alone.
Instead, it can be more instructive to pay attention to whether they're losing or gaining energy from being around others, even if the company of friends gives them pleasure.
“Introversion is a basic temperament, so the social aspect -- which is what people focus on -- is really a small part of being an introvert," Dr. Marti Olsen Laney, psychotherapist and author of "The Introvert Advantage," said in a Mensa discussion.
"It affects everything in your life.”
Despite the growing conversation around introversion, it remains a frequently misunderstood personality trait. As recently as 2010, the American Psychiatric Association even considered classifying "introverted personality" as a disorder by listing it in the Diagnostic and Statistical Manual (DSM-5), a manual used to diagnose mental illness.
But more and more introverts are speaking out about what it really means to be a "quiet" type.
Not sure if you're an innie or an outie?
See if any of these 23 telltale signs of introversion apply to you. 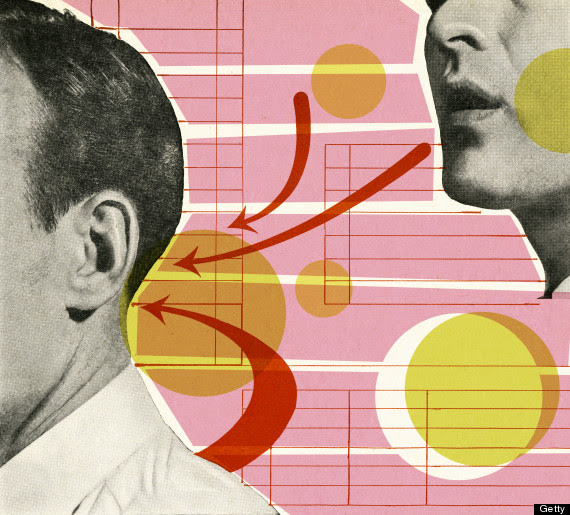 Introverts are notoriously small talk-phobic, as they find idle chatter to be a source of anxiety, or at least annoyance.
For many quiet types, chitchat can feel disingenuous.
“Let's clear one thing up: Introverts do not hate small talk because we dislike people," Laurie Helgoe writes in "Introvert Power: Why Your Inner Life Is Your Hidden Strength."
"We hate small talk because we hate the barrier it creates between people.”

2. You go to parties -– but not to meet people.
If you're an introvert, you may sometimes enjoy going to parties, but chances are, you're not going because you're excited to meet new people.
At a party, most introverts would rather spend time with people they already know and feel comfortable around. I
f you happen to meet a new person that you connect with, great -- but meeting people is rarely the goal.

3. You often feel alone in a crowd.

Ever feel like an outsider in the middle of social gatherings and group activities, even with people you know?
"If you tend to find yourself feeling alone in a crowd, you might be an introvert," says Dembling. "We might let friends or activities pick us, rather than extending our own invitations."

4. Networking makes you feel like a phony.
Networking (read: small-talk with the end goal of advancing your career) can feel particularly disingenuous for introverts, who crave authenticity in their interactions.
"Networking is stressful if we do it in the ways that are stressful to us," Dembling says, advising introverts to network in small, intimate groups rather than at large mixers. 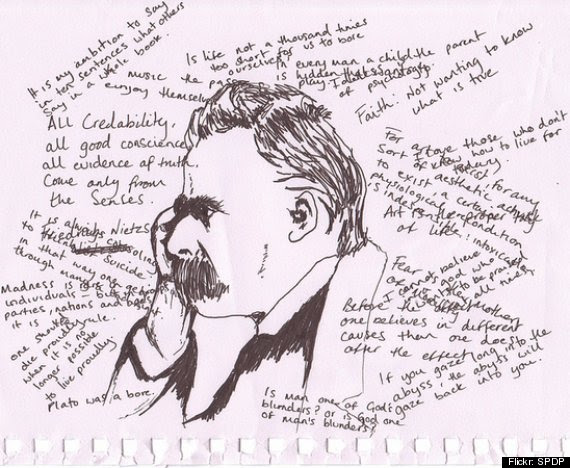 Do you have a penchant for philosophical conversations and a love of thought-provoking books and movies?
If so, you're a textbook introvert.
"Introverts like to jump into the deep end," says Dembling.

6. You're easily distracted.
While extroverts tend to get bored easily when they don't have enough to do, introverts have the opposite problem -- they get easily distracted and overwhelmed in environments with an excess of stimulation.
"Extroverts are commonly found to be more easily bored than introverts on monotonous tasks, probably because they require and thrive on high levels of stimulation," Clark University researchers wrote in a paper published in the Journal of Personality and Social Psychology. "In contrast, introverts are more easily distracted than extroverts and, hence, prefer relatively unstimulating environments."

7. Downtime doesn’t feel unproductive to you. 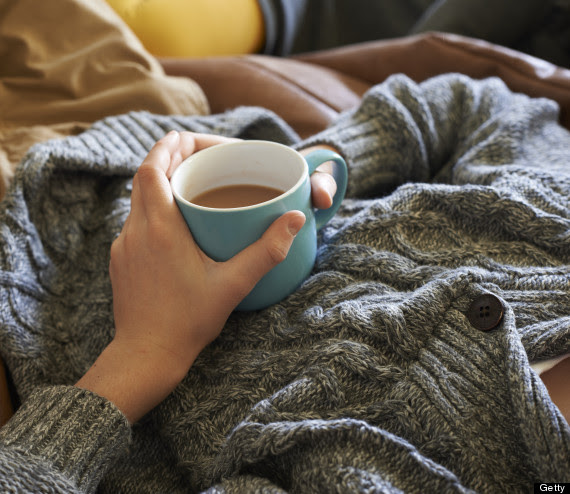 One of the most fundamental characteristics of introverts is that they need time alone to recharge their batteries.
Whereas an extrovert might get bored or antsy spending a day at home alone with tea and a stack of magazines, this sort of down time feels necessary and satisfying to an introvert.

8. Giving a talk in front of 500 people is less stressful than having to mingle with those people afterwards.
Introverts can be excellent leaders and public speakers -- and although they're stereotyped as being the shrinking violet, they don't necessarily shy away from the spotlight.
Performers like Lady Gaga, Christina Aguilera and Emma Watson all identify as introverts, and an estimated 40 percent of CEOs have introverted personalities. Instead, an introvert might struggle more with meeting and greeting large groups of people on an individual basis.

9. When you get on the subway, you sit at the end of the bench -– not in the middle.

Whenever possible, introverts tend to avoid being surrounded by people on all sides.
"We're likely to sit in places where we can get away when we're ready to -- easily," says Dembling. "When I go to the theater, I want the aisle seat or the back seat."

10. You start to shut down after you’ve been active for too long.
Do you start to get tired and unresponsive after you've been out and about for too long? It's likely because you’re trying to conserve energy.
Everything introverts do in the outside world causes them to expend energy, after which they'll need to go back and replenish their stores in a quiet environment, says Dembling. Short of a quiet place to go, many introverts will resort to zoning out.

11. You're in a relationship with an extrovert.

It's true that opposites attract, and introverts frequently gravitate towards outgoing extroverts who encourage them to have fun and not take themselves too seriously.
"Introverts are sometimes drawn to extroverts because they like being able to ride their 'fun bubble,'" Dembling says.

12. You'd rather be an expert at one thing than try to do everything.

The dominant brain pathways introverts use is one that allows you to focus and think about things for a while, so they’re geared toward intense study and developing expertise, according to Olsen Laney.

13. You actively avoid any shows that might involve audience participation.
Because really, is anything more terrifying?

14. You screen all your calls -- even from friends.

You may not pick up your phone even from people you like, but you’ll call them back as soon as you’re mentally prepared and have gathered the energy for the conversation.
"To me, a ringing phone is like having somebody jump out of a closet and go 'BOO!,'" says Dembling. "I do like having a long, nice phone call with a friend -- as long as it's not jumping out of the sky at me."

15. You notice details that others don't. The upside of being overwhelmed by too much stimuli is that introverts often have a keen eye for detail, noticing things that may escape others around them. Research has found that introverts exhibit increased brain activity when processing visual information, as compared to extroverts.

16. You have a constantly running inner monologue. 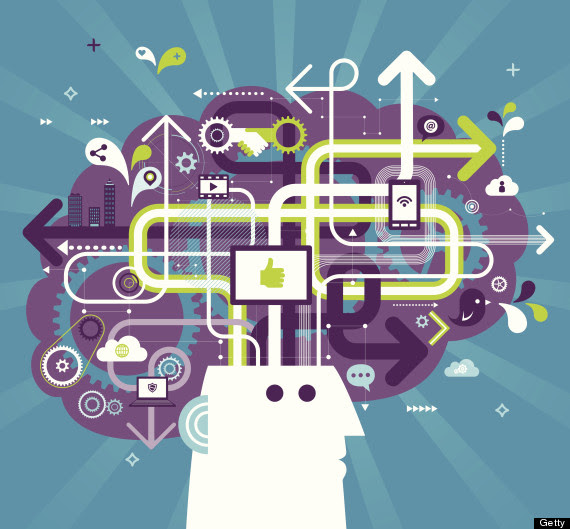 “Extroverts don’t have the same internal talking as we do,” says Olsen Laney. “Most introverts need to think first and talk later."

17. You have low blood pressure.
A 2006 Japanese study found that introverts tend to have lower blood pressure than their extroverted counterparts.

Introverts observe and take in a lot of information, and they think before they speak, leading them to appear wise to others.
"Introverts tend to think hard and be analytical," says Dembling. "That can make them seem wise."

19. You don't feel "high" from your surroundings

Neurochemically speaking, things like huge parties just aren’t your thing.
Extroverts and introverts differ significantly in how their brains process experiences through "reward" centers.
Researchers demonstrated this phenomenon by giving Ritalin -- the ADHD drug that stimulates dopamine production in the brain -- to introverted and extroverted college students.
They found that extroverts were more likely to associate the feeling of euphoria achieved by the rush of dopamine with the environment they were in.
Introverts, by contrast, did not connect the feeling of reward to their surroundings. The study "suggests that introverts have a fundamental difference in how strongly they process rewards from their environment, with the brains of introverts weighing internal cues more strongly than external motivational and reward cues," explained LiveScience's Tia Ghose.

20. You look at the big picture.
When describing the way that introverts think, Jung explained that they're more interested in ideas and the big picture rather than facts and details.
Of course, many introverts excel in detail-oriented tasks -- but they often have a mind for more abstract concepts as well.
"Introverts do really enjoy abstract discussion," says Dembling.

Many introverted children come to believe that there's something "wrong" with them if they're naturally less outspoken and assertive than their peers. Introverted adults often say that as children, they were told to come out of their shells or participate more in class.

22. You’re a writer.
Introverts are often better at communicating in writing than in person, and many are drawn to the solitary, creative profession of writing.
Most introverts -- like "Harry Potter" author J.K. Rowling -- say that they feel most creatively charged when they have time to be alone with their thoughts.

23. You alternate between phases of work and solitude, and periods of social activity.
Introverts can move around their introverted “set point” which determines how they need to balance solitude with social activity. But when they move too much -- possibly by over-exerting themselves with too much socializing and busyness -- they get stressed and need to come back to themselves, according Olsen Laney. This may manifest as going through periods of heightened social activity, and then balancing it out with a period of inwardness and solitude.
"There's a recovery point that seems to be correlated with how much interaction you've done," says Dembling. "We all have our own private cycles."

Gosh Allie. I nearly ticked all the boxes. I am totally introvert. Can I share this post?

@ Lynette -
Of course you can!

Its amazing how "introverty" people like you can accomplish in the public domain, isn't it?

Yes Allie it is amazing. I can speak in front of a full church and then I want to run away when people I don't know want to speak face to face. I know that God took me out of my comfort zone and really stretched me. He gave me an extroverted man that needs to read this article so that he can understand me better ;-)

This is so me! And had to laugh out loud to the 'screening your calls, even from friends' as I SO do that all the time.
Thanks for this, was interesting to read:-)