Two sisters, aged 11 and 8, were playing together,
Doing cartwheels, making the happy-girl noises that they do.
The next moment, the room exploded with anger, shouting, crying and slapping

From peace to pandemonium
Bam!

One of them had been trying to do cartwheels: she'd felt she was doing well, only to have her (younger and more athletic) sibling tell her that she was doing them all wrong. 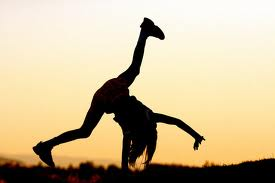 Oblivious of the fact that this was meant to be helpful, what she heard was:
"You're no good at this. You are doing it all wrong"
Feeling humiliated, embarrassed and belittled, she lashed out in anger and tears. 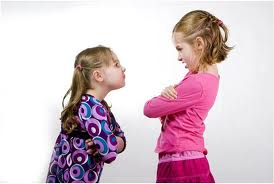 Her sibling, shocked and hurt, shouted back at her, and the game was on.

The scenario played over in my mind, as an example of unity flourishing, then unity lost.
I am trying to understand the dynamics,
Here's how it looks to me:

People, doing something together.
Its fun, challenging, even bonding.
Then the one criticises another
Or at least, one feels criticised by another
And reacts

Adults are more sophisticated in their reactions -
We don't slap each other, yell and cry
But we sure have our ways of reacting to feeling "put down"  or misunderstood, don't we?

So what can I learn?

1. Do not offer unasked for advice, or negative comment.
2. Listen to what the other person is saying: they may have a point.
3. Be prepared to believe it when someone says they are only trying to help.
4  Don't withdraw or retaliate.
5. Don't get mad - LISTEN. LISTEN.

A great man once said: "Seek not to be understood but to understand."

i need that reminder. Phew !

so well written and illustrated Allie!
Love it!

That gives a lot of food for thought. We run a course at the Mission at the moment called Life Link. It is all about living in the light(where God is and then we shadow God) or in the darkness(where death is and we shadow death) and how to avoid the pitfalls and slip from light to darkness. Amazing and life changing.